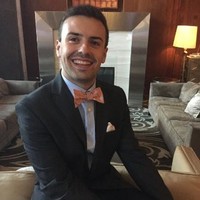 RankMiner, a company headquartered in St. Petersburg, FL, has announced that it has acquired a patent for its exclusive software program that analyzes emotional responses in phone conversations in order to predict behavior.

RankMiner Founder and CEO, Preston Faykus, explains that other companies that analyze the sales, collection and customer service callsof their clients base their diagnoses of the calls on the words and phrases they capture on recordings. On the other hand, our patented software is not lexicon-based. Rather, it analyzes emotions and by doing so is able to predict the behavior of the customer.

Thats the secret of the RankMiner patent. It uses 176 voice vectors to rank particular emotions in a conversation in order to determine whether the customer is emotionally favorable or unfavorable to a given message. Based on those rankings, Rank Miner has proven its patented software is able to predict behavior.

That allows our clients, who do business primarily by phone, to focus on key individuals who are most likely to be beneficial to the client, Faykus says. That will eliminate wasted time and efforts that merely drain money from profits.

Faykus also indicated that this is the first of several patents that Rank Miner is pursuing to solidify its unique services and gain increasingly more accurate predictive modeling going forward.